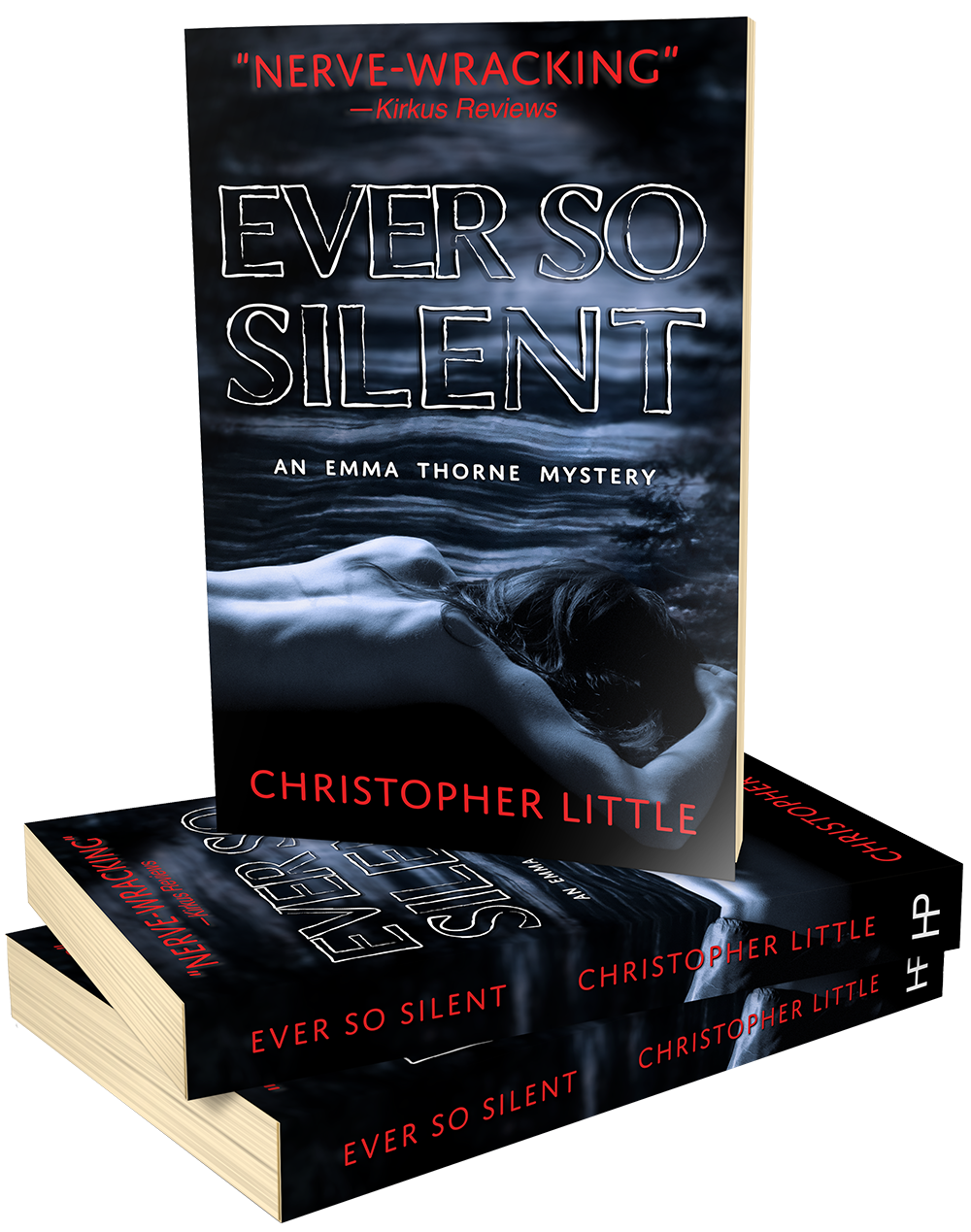 Buy Ever So Silent

Ever So Silent is available as an ebook and a paperback through Amazon.com in the US as well as Amazon sites in the UK, Canada, Germany, France, Spain, Italy, Japan, and Australia.

"A high-quality murder mystery with a labyrinthine plot and a memorable heroine." "... nerve-wracking." — Kirkus Reviews

Affable, witty and generous with his time, local photographer and EMT volunteer Christopher Little is the last person Norfolkians would call “frightening,” and yet his new book, Ever So Silent, is one scary ride.  [more] 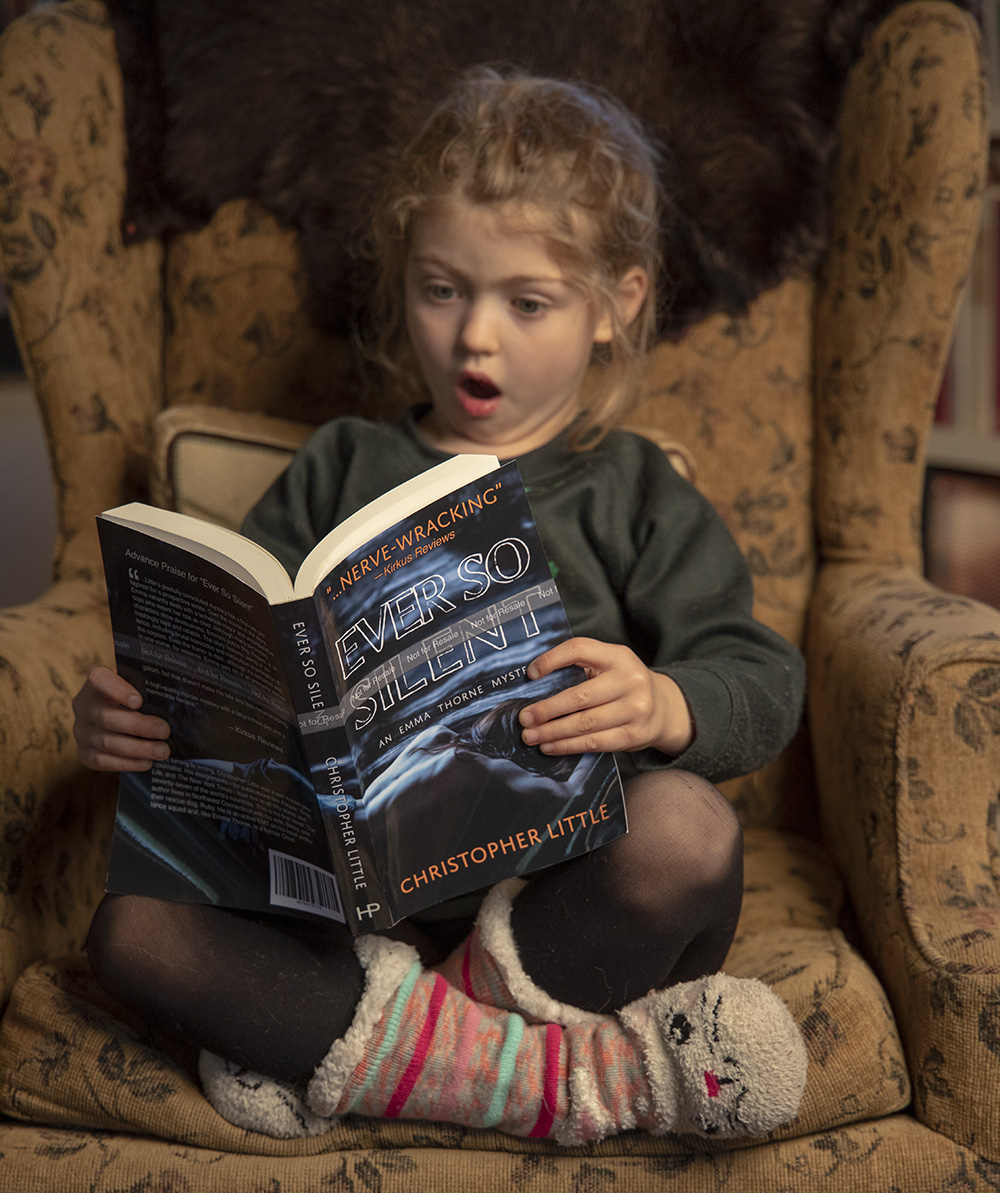 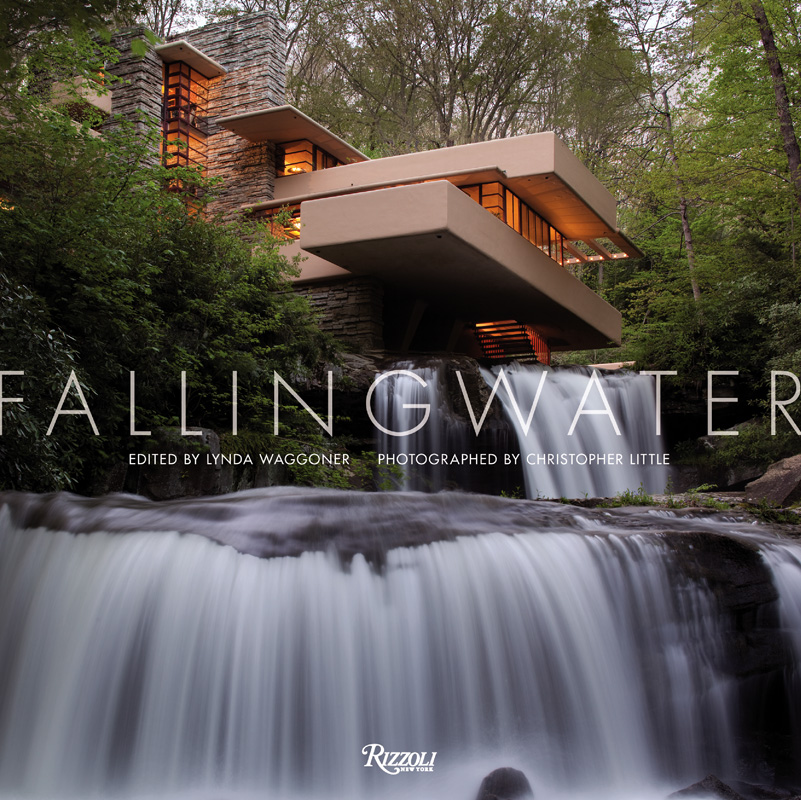 BookCritics.com
“ I must comment specifically on the photography. Christopher Little's photographs capture this work in views that it would take us many many visits to accumulate and he provides perspectives and details not previously shown, (or at least not shown so beautifully) views that invite us to see more deeply!  By carefully selecting the 'scope' of each photograph Little has achieved the seemingly impossible; he has suspended the experience of music one chord, or one phrase, at a time. The cumulative achievement is to allow the viewer to take one step at a time and to pause to explore the emotional depth that is Fallingwater.   Brilliant! Masterful!  We are deeply indebted to Lynda Waggoner and each of her contributors for offering this remarkable achievement.” — Larry A. Woodin, M. Arch.

Wall Street Journal, Book Review
“It only seems as if you've seen a million photographs of Fallingwater, the Frank Lloyd Wright-designed house, with every image showing the architect's confection of stone and slab reaching across a waterfall. But on the evidence of 'Fallingwater' (Rizzoli, 328 pages, $60), those photos, however eye-catching, barely begin to tell the story. Editor Lynda Waggoner and photographer Christopher Little have produced a remarkable tribute to one of Wright's signature works on the 75th anniversary of the 1936 groundbreaking . . . ” [more]

Publishers Weekly, Starred Review
“Conceptualized in 1935 as a weekend home for Edgar and Liliane Kaufmann, Fallingwater is arguably one of Frank Lloyd Wright's most iconic creations. This impressive volume celebrates the seventy-fifth anniversary of the seminal structure, including renovations undergone in order to preserve the infamous territory. Waggoner, vice president of the Western Pennsylvania Conservancy and director of Fallingwater, along with photographer Christopher Little, begin with a tour of the property . . . ”  [more]

HuffingtonPost
“Frank Lloyd Wright's Fallingwater is 75 years old this year and its director, Lynda Waggoner, is celebrating with a sumptuous new book of essays and photography addressing the residence, its restoration and its landscape.
During the home's 50th anniversary, Waggoner worked with photographer Christopher Little on a commemorative volume for Edgar Kaufman Jr., son of the original owner. She brought the artist back for the new project 25 years later . . . ” [more] 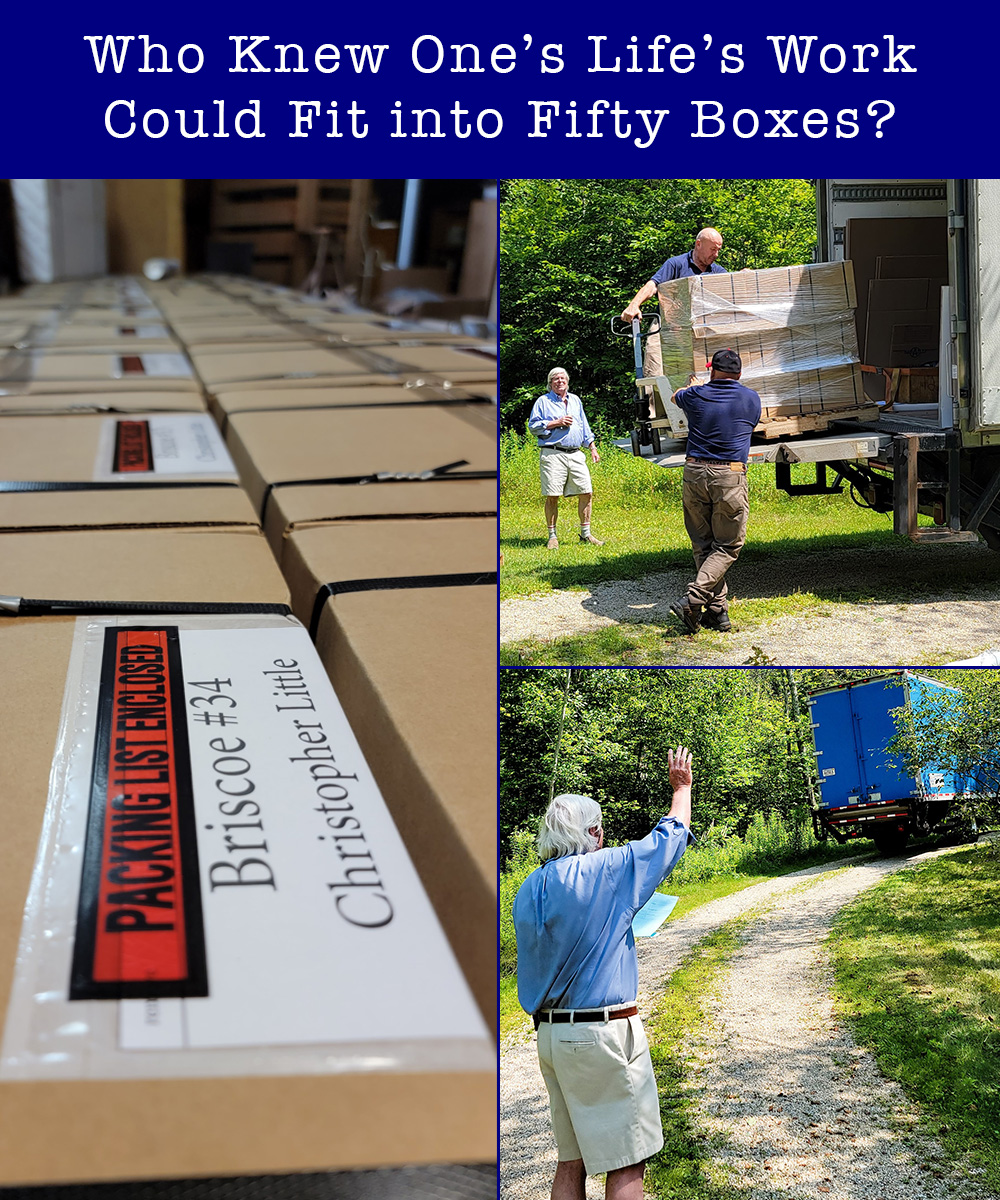 My life’s work—371,000 photographs—has left my basement and gone to the photojournalism department of The Briscoe Center for American History at the University of Texas. You might not have heard of Briscoe, but it plays an outsized role in the preservation of photojournalism. In recent years, “the center has gathered the archives of over thirty nationally recognized photographers, including three Pulitzer Prize winners: Eddie Adams, David Hume Kennerly, and Lucian Perkins . . . all [of whom] have photographed significant events in American history.”

About a year ago, I consulted the legendary picture editor and my longtime friend, M.C. Marden. Where, I asked, could I find a permanent home for my photographic collection? Without pause she replied that I must call Karen Lipton Gaines, the co-founder and executive director of the Photography Collections Preservation Project. I called Karen straight-away, and she didn’t hesitate: we can help you, she said. Together with her colleagues Charis Morgan and Ayesha Kazim, they did.

In due course, PCPP received the good news from Dr. Don Carleton, the director of The Briscoe Center: “We would be honored to accept Christopher Little’s archives.”

With the help of my two assistants, Mattie Vandiver and Kate Campion (who took the above pix), it took four months to prep the collection. We categorized counted, captioned, and boxed thousands of images. The catalog itself runs to 145 legal-sized pages.

On July 27, 2021, a freshly washed, cerulean blue van from U.S. Art backed down our narrow driveway in Norfolk, Connecticut. It took several, bittersweet hours for Jose and Peter to load the fifty boxes onto the truck, strap them down, and head south.

See you in Austin. 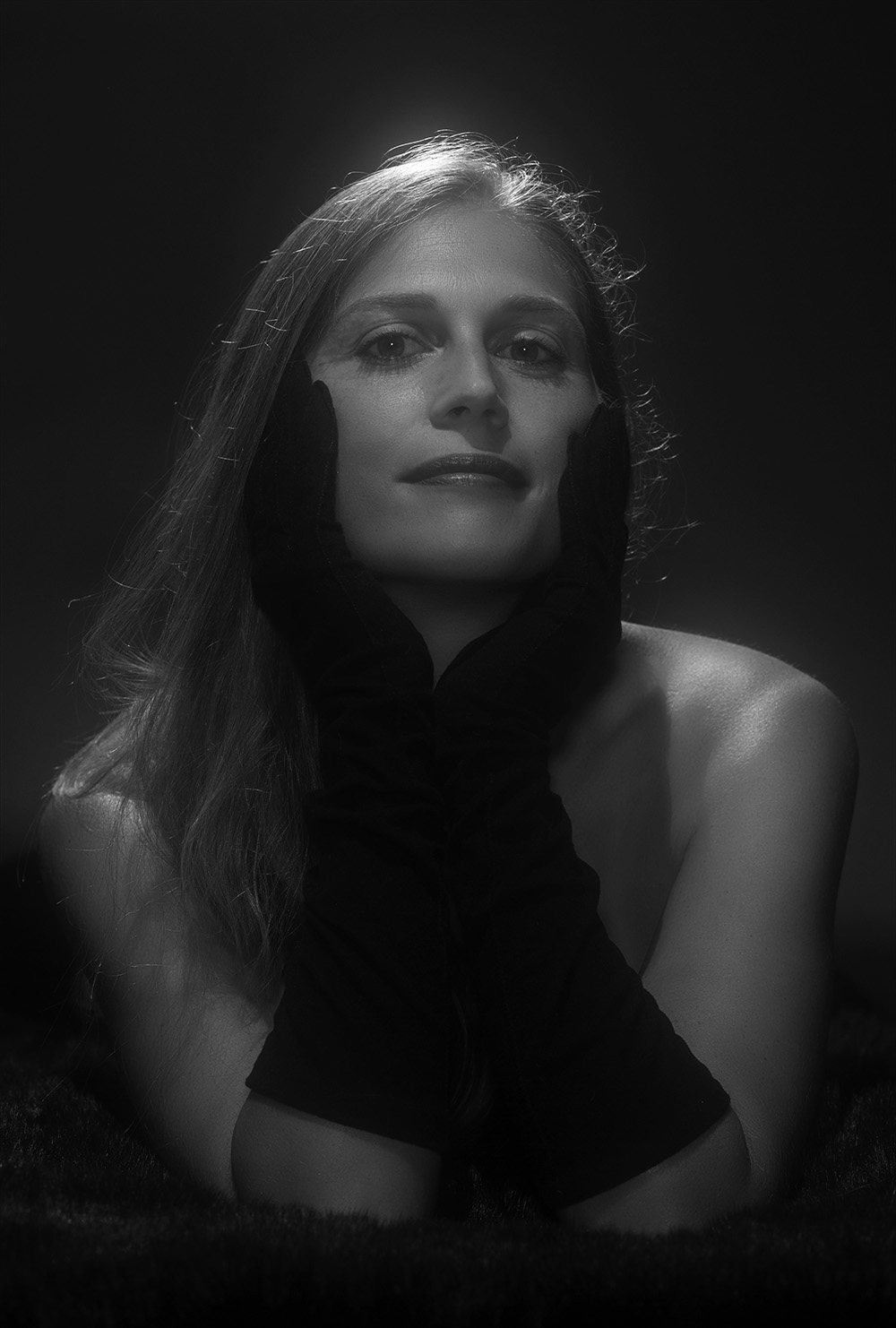 George Hurrell was the legendary Hollywood studio photographer who presented to the world the image of glamour in the 1930s and 1940s. "Homage to Hurrell" is an upcoming exhibition of photographs at The Norfolk Library, 9 Greenwoods Rd East, Norfolk, Connecticut. Opening reception: August 4, 2019. 4:00-6:00 pm. 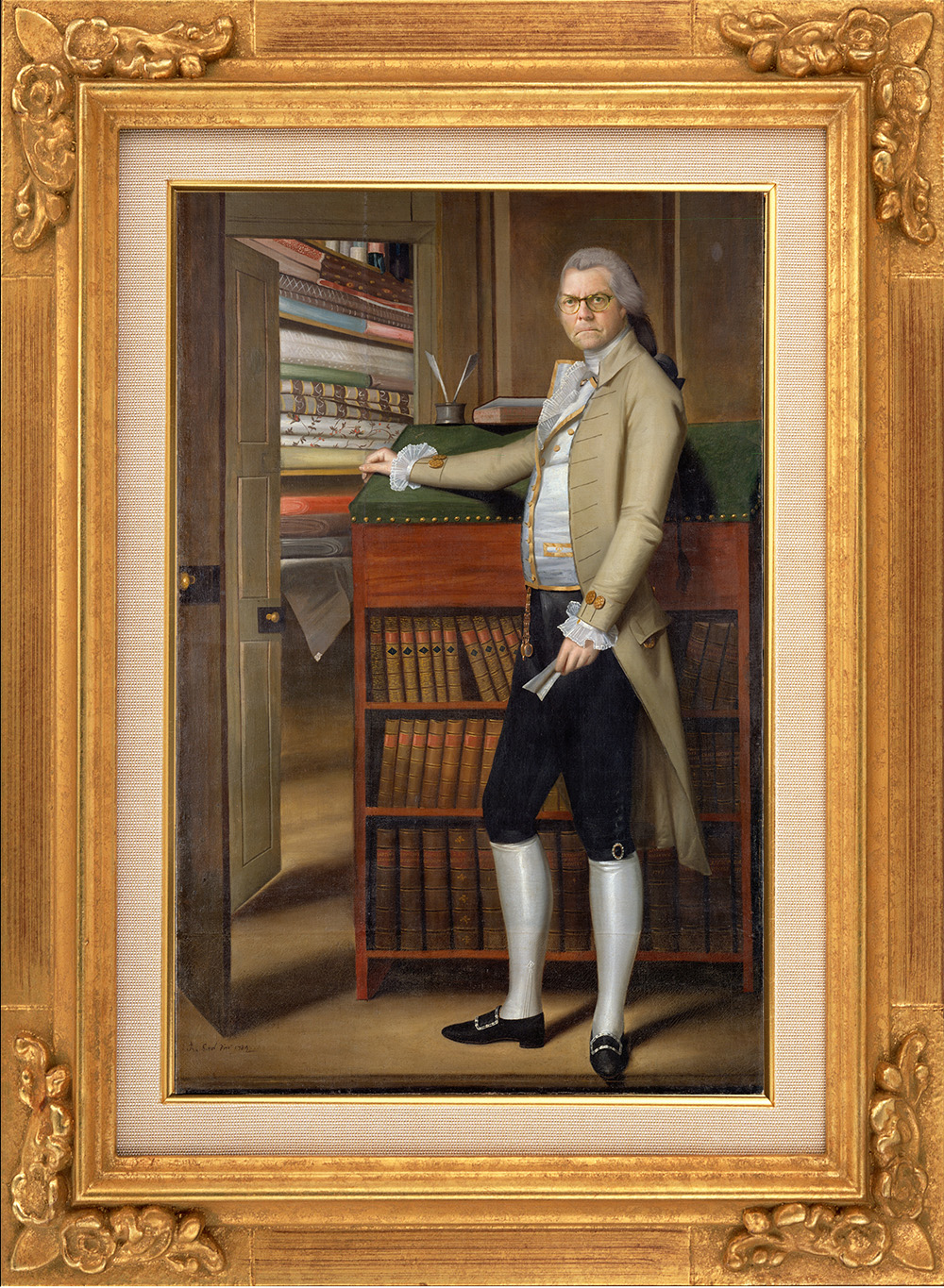 Norfolk Never: "Your neighbors and friends as you've never seen them before." An exhibition of photographs at Infinity Gallery, 20 Greenwoods Road West, Norfolk, CT. 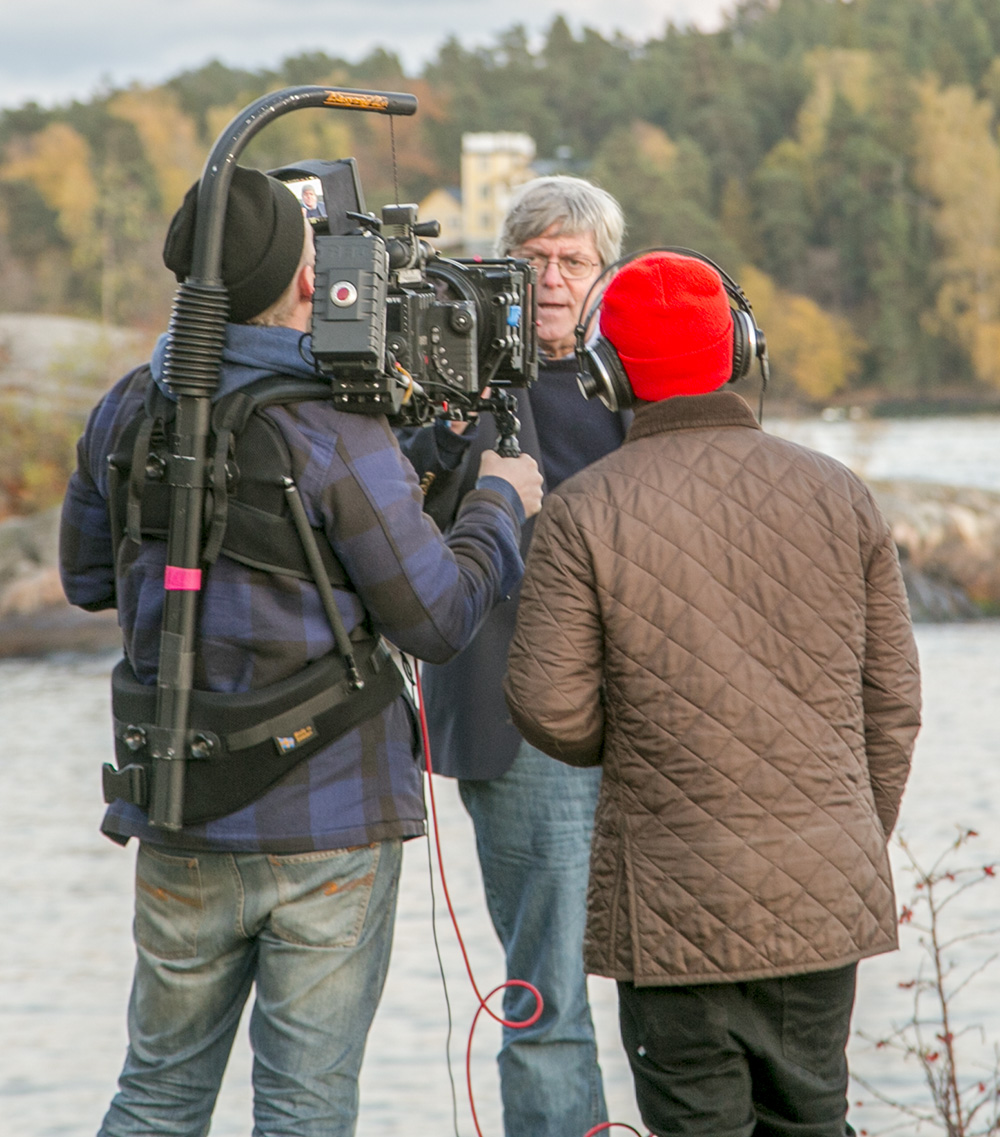 In 1978, Björn Borg was king of tennis, Saab introduced the 99 Turbo, and ABBA was a bigger company than Volvo.  35 years after I photographed ABBA in Stockholm for Time, Björn Borg is selling underwear, Saab no longer exists, and ABBA has a 400 page, 600 picture, 3 kilo book out.  Abba—The Official Photo Book is published by Max Ström,  one of Europe’s finest illustrated publishers.  A DVD, "ABBA in Pictures: The Photographers’ Stories," in which I appear, was shot in Stockholm. 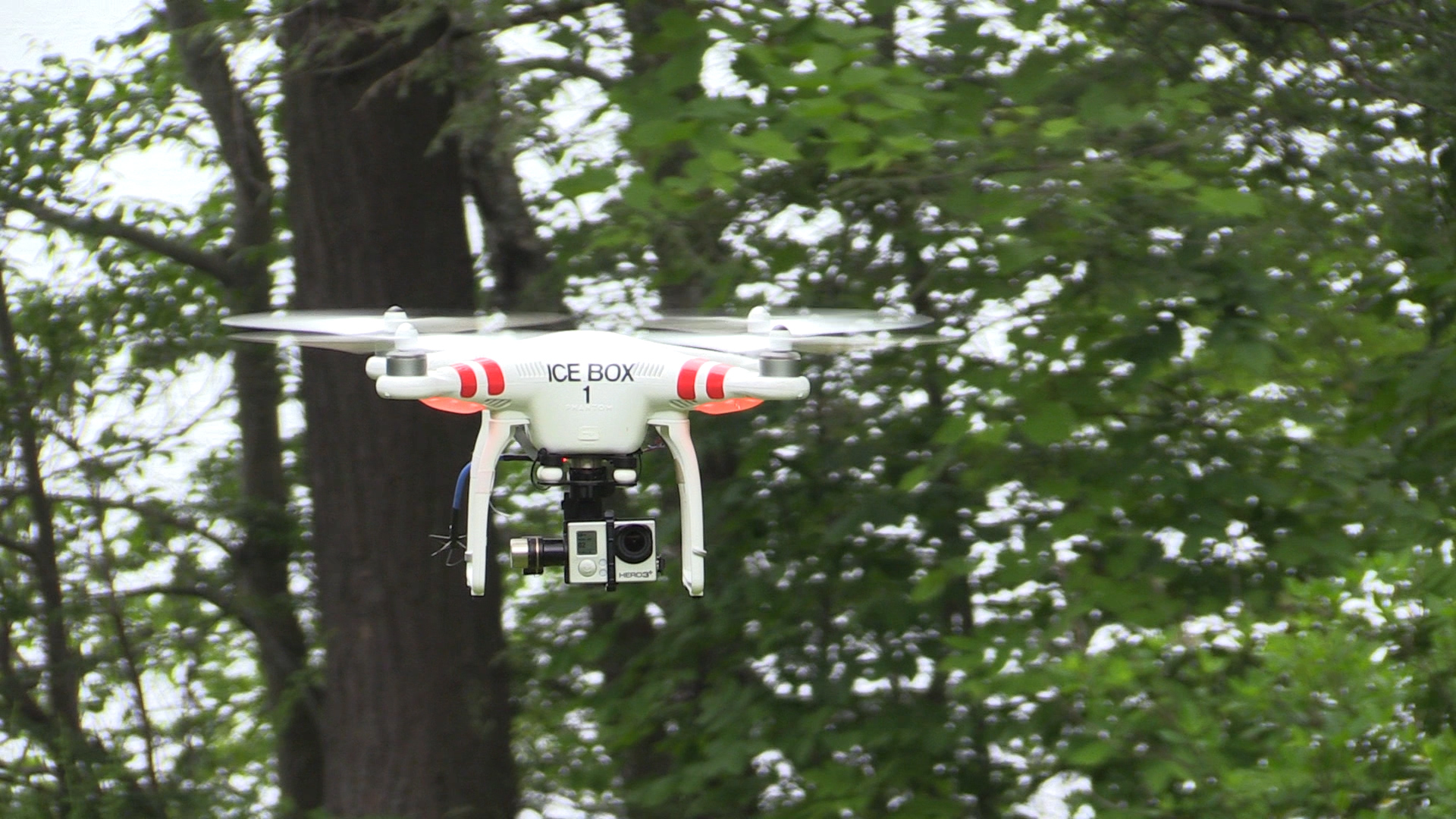 From the autumn of 2014 until late summer, 2015, I shot a documentary (a visual valentine, really) about the small town in which I now live.  Norfolk: One Grandfather’s View is my second film.  My first was made in 1967 and was received with universal acclaim, although I only showed it to my high school classmates (all of whom were in the film) and my parents. Parts of the film were shot with Ice Box 1, the drone seen above.

Norfolk, "The Ice Box of Connecticut," is a tiny town tucked into the Litchfield Hills in northwest Connecticut.

From a piece by Lindsey Pizzica Rotolo in Norfolk Now:
“The Norfolk documentary progresses through the seasons, using conventional cinematography  and rarely seen views of town (captured by Little's drone camera). The cinematography is stunning, as are the dialogues with townspeople. Little captures various craftsman and tinkerers in their element, and those scenes are so visceral that they can’t be described as interviews; Jon Riedeman in his studio discussing the struggle in capturing birds in sculpture, John Thew musing about how nice a third arm would be in his weathervane construction, and Vint Lawrence waxing poetic on his gardens and the cycle of life, to name a few. “The film evokes a range of moods, not unlike life in Norfolk, at times contemplative, often witty and sometimes intensely emotional, although that may not have been Little’s intent. ‘It was supposed to be funny, but many people have told me they got choked up in a few places.’”